MEET ONE OF TORONTO’S BEST HAIRSTYLISTS

Michele Bonnick is truly an expert in her field and is widely regarded as one of Toronto’s most talented hairstylists. She has 29 years experience and is the owner and operator of Amani Hair Studio (formerly Atlanta Hair Design) for the past 16 years. She has carved out a niche market serving a culturally diverse client base. Michele has built a solid reputation working primarily with clients that have natural hair and she also has an uncanny ability to repair damaged hair. Her desire is to promote healthy hair care. She is also very strong in hair color and color correction. 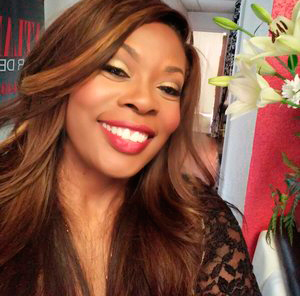 “At Amani Hair studio, our goal is to make every woman who sits in our chairs feel like the queen she really is.”

Michele has been nominated twice by the Black Film Video Association. She was also featured on Good Morning Atlanta on a makeover segment; As well as a makeover segment on OMNI planet Africa. She worked with Preston Bailey on the cover of the Amoi magazine and was featured in Life and Fashion, Black Passion and Sway magazines. She was also featured in Essence Magazine 2011 bridal bliss and was featured in an article on the Scene in TO.

Michele has had the opportunity to work in Atlanta, New York, Vancouver, and British Columbia. Michele worked with Wyclef Jean and the “Rock” for their music video as well as a few other Canadian artists. Michele has worked with Keisha Chante, Canada’s sweetheart and Jeffrey D. Sams (Soul Food movie). She has also worked on the television Suits in 2015.

Not only is she is on the board of the Kay Morris Foundation she is also a member of I.A.T.S.E, and is a certified stylist for Brazilian blowout and liquid keratin since 2013. Also, she is an expert on healthy hair care and was a panelist on the 2010 Women of Worth Conference in February 2010.
Michele has a true sense of community by giving her time and talent to various fundraisers such as the Sickle Cell Foundation and mentoring and empowering young girls.

Michele is passionate about the hair care industry and truly is in love with what she does. She is constantly working to take healthy hair care to another level.

Amani Hair Studio is committed to our giving our customers the best salon experience. We not only want you to look your best, we need you to feel your best too. We are Toronto's best hair salon for a reason. Amani Hair Studio is ranked as a top Hair Salons in Toronto ON
Verified by Yocale.com